Once endemic in northern Sicily mountains, the Abies nebrodensis had been considered extinct since 1900. It was rediscovered in 1957 in the Vallone degli Angeli inside Madonie area, where there are only around thirty specimens, probably survived thanks to isolation and the reduced competitiveness of other stronger local species, such as the beech (Fagus sylvatica). The Abies nebrodensis is considered by IUCN a critically endangered species and it has been included in the list of the 50 most endangered plant species in the Mediterranean. In 2000, the Madonie Park has launched a LIFE Nature project for the conservation of this species. Nowdays, another project is active, funded by the c.i.p.e. and called "Abies nebrodensis Conservation and Geraci Siculo peatlands restoration". Many will be the objectives achieved at the end of the project and in 2009 it was already estimated that can be started the planting of 7,000 specimens of this rare and precious fir. Probably this tree was very common in ancient times, certainly the Nebrodi fir timber had to be a very important trade source for northern Sicily mountain people, especially during Greek domination, to the point that the Halaesa city, a few kilometers from today's Tusa (ME), minted coin with the this towering tree unmistakable image. 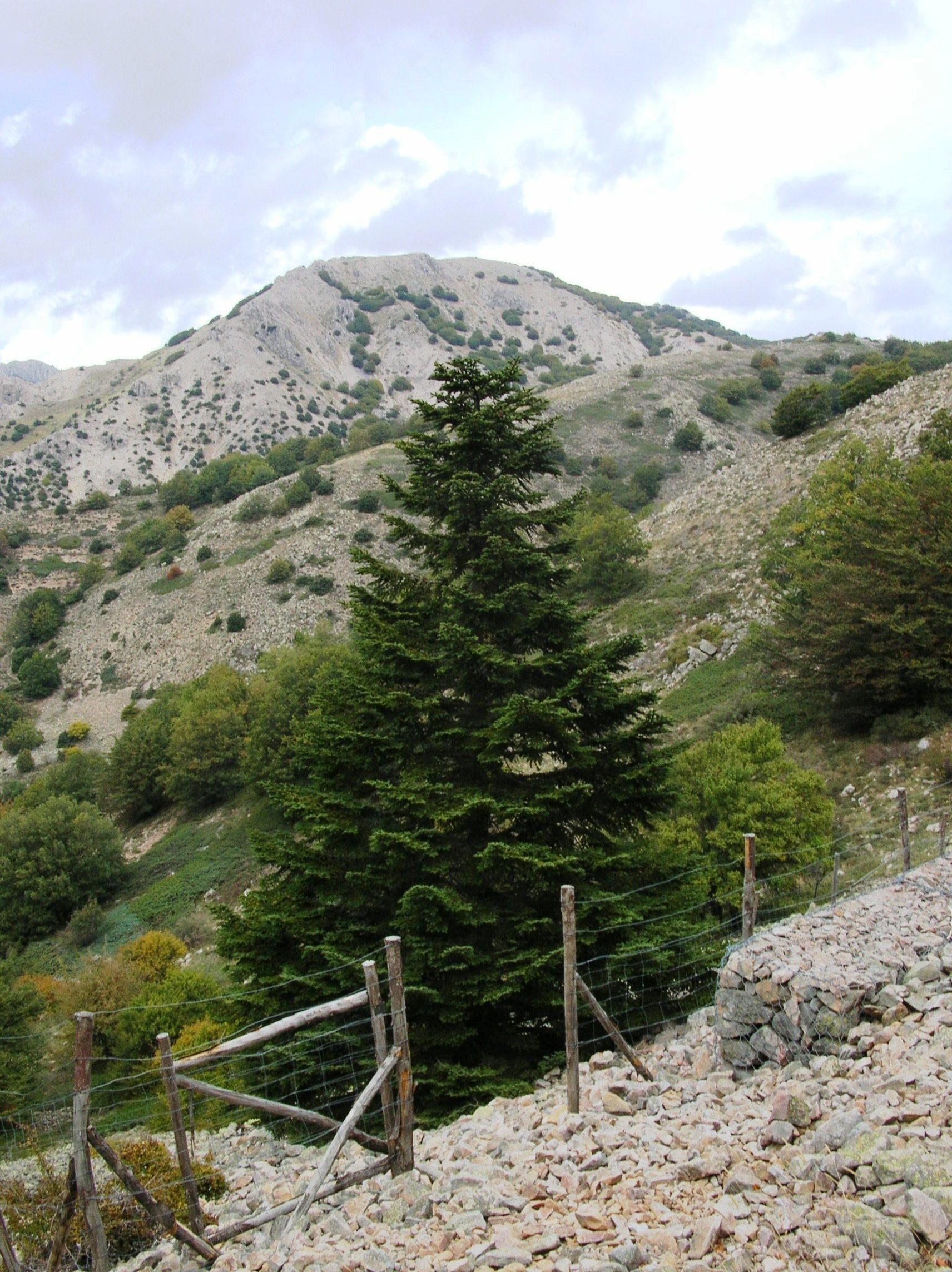