HomeAll postsEatingManna of the Madonie

Manna of the Madonie

Home > Eating > Manna of the Madonie

Manna of the Madonie 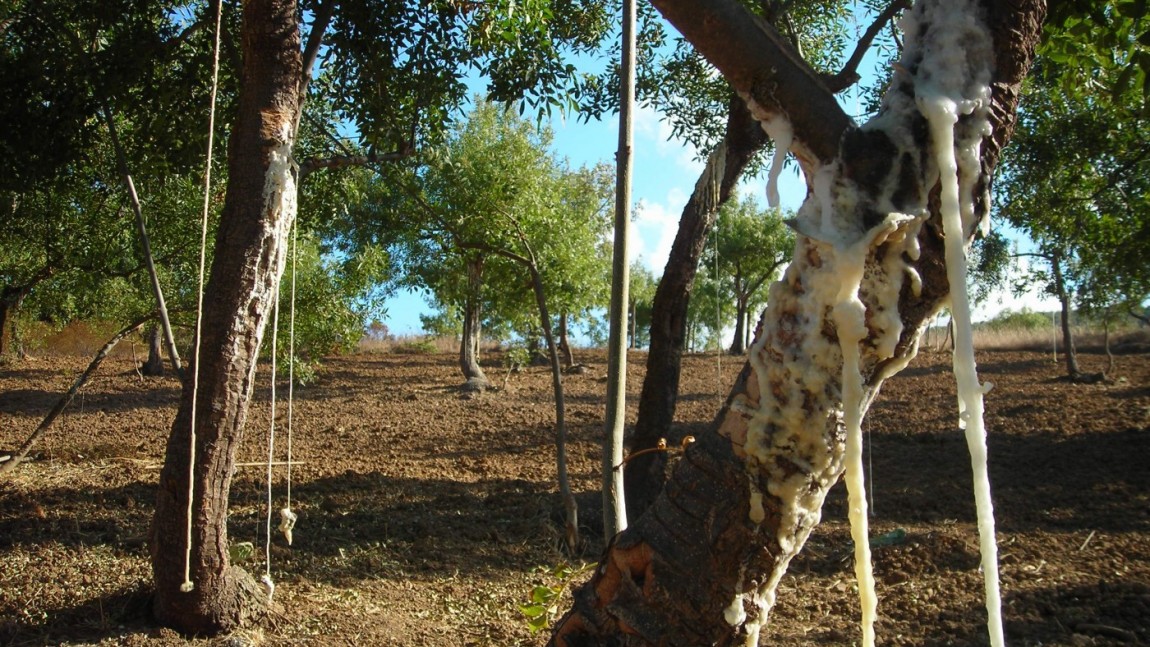 The ash begins to produce the manna at an age between 6-8 years, but not all plants come into production at the same age and in the same period.
The maturation in fact, depends on a few factors: besides the variety, also the soil nature, exposure and altitude are important.

The productive season starts depending on the weather and the first cuts are practiced between the end of June and the first half of July when the leaves, due to the water scarcity and the high temperatures, lose their usual luster and become opaque, puckered and yellowish. The ashculturists ensures the ash trees maturation, cutting off a piece of bark from the tree (pipita). If a drop comes out of the wound, than means the plant is mature and the first seasonal cut is practiced.

From the incisions flows a purple liquid that becomes sweet and bitter in contact with air and quickly congeals forming a whitish thin crystalline layer: the manna. This dripping liquid forms a whitish stalactite of varying length, called “cannoli”, which is the manna most valuable part.

Several researchers have studied and compared the pharmacological behavior of the natural mannitol, that is extracted from the manna, and the artificial mannitol, obtained from sugar molasses. They found that, although the two do not present substantial chemical differences, they do perform quite different pharmacological actions.

Natural mannitol, compared to the artificial one, plays a greater action that stimulates peristalsis of different experimental animals. It is certainly hard to argue that this happens also in humans; however, those who have experienced both mannitol argues that the natural is much more effective. The reason lies in the presence of small amounts of other substances, that can not be eliminated during the crystallization process, that are highlighted by the organism biological reactivity.

Everything is in perfect harmony with what said at the beginning of this section about the synergy between the Manna many active principles. From the biological point of view, it is therefore important to use the natural product as well as it really is, for its drug-dynamic action in tune with the organism needs.

Further information can be found in: www.mannadellemadonie.com